We are a small family business that started as the seed of an idea in Sep 2015 and opened its doors 9 months later in June 2016.

We brew our own beers on-site and serve them ‘on-gravity’ (ie directly from the cask) alongside other quality guest ales, real cider, keg beers, soft drinks, wines, spirits and bar snacks.

We’ve won several awards and gathered and grown the most fantastic community around us along the way.

Every year we raise thousands of pounds for charity through our pub quizzes, live music and other events.

We’re genuine about having a place that welcomes everyone and somewhere people can feel at home and our beers are pretty good as well.

Follow our social media channels to keep in touch with what’s on: 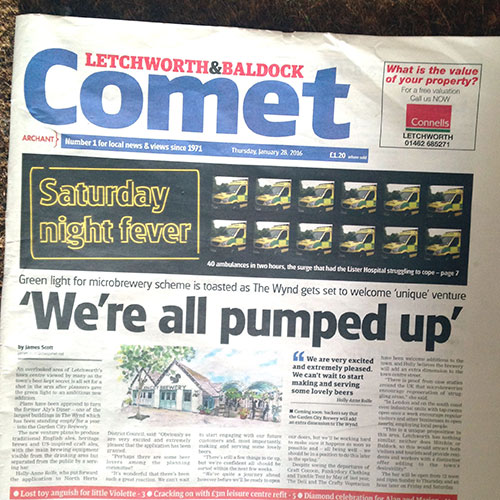